This month an article on my work has appeared in Funeral Times, which is distributed to funeral directors throughout the UK. The article highlights the important role that memorials play in the bereavement process.

Artistic expression is often at the centre of the process, and this can be achieved with close collaboration with clients.

Jennifer Hacker, who wrote the article says “In the right hands, the memorial can say so much more than just words ever could, and make the observer see more than just a headstone, but the life it has the privilege to represent”. I agree strongly with Jennifer, and it is indeed a great privilege and honour to be given the responsibility of creating a memorial. 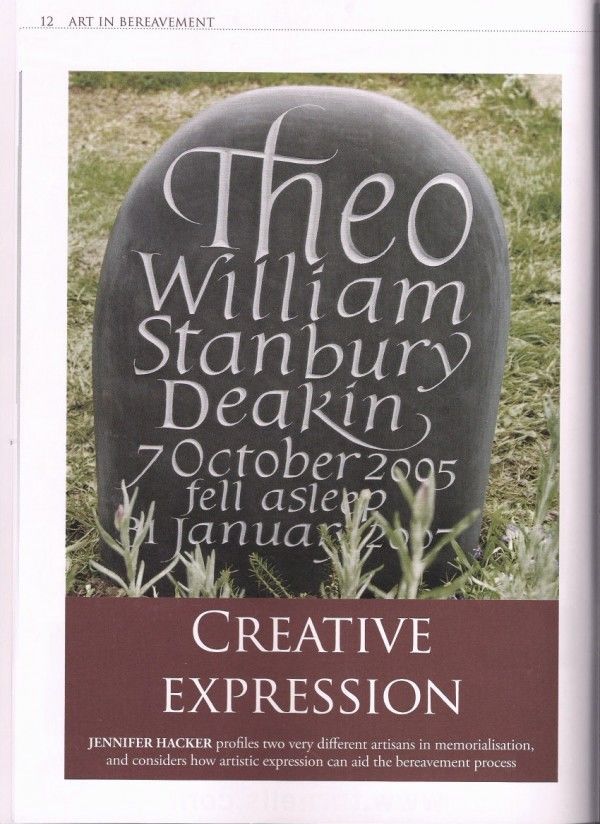 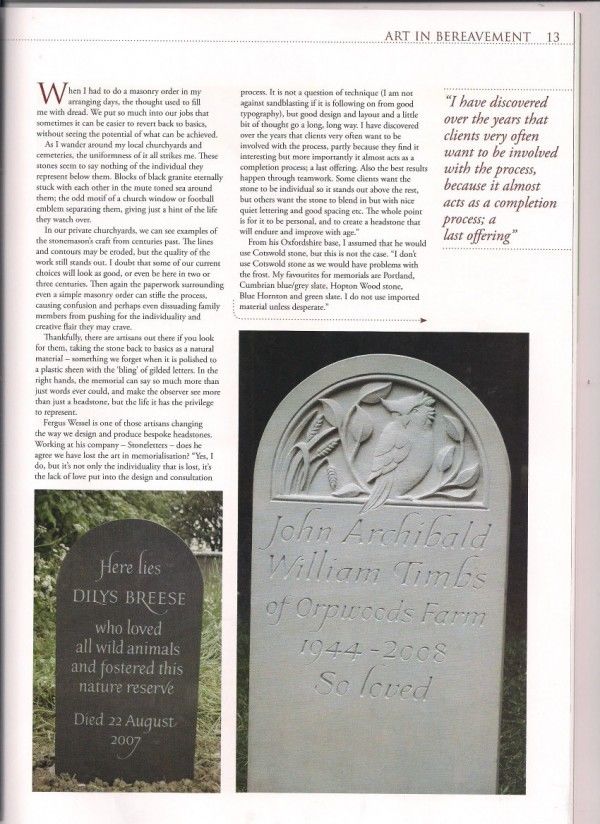 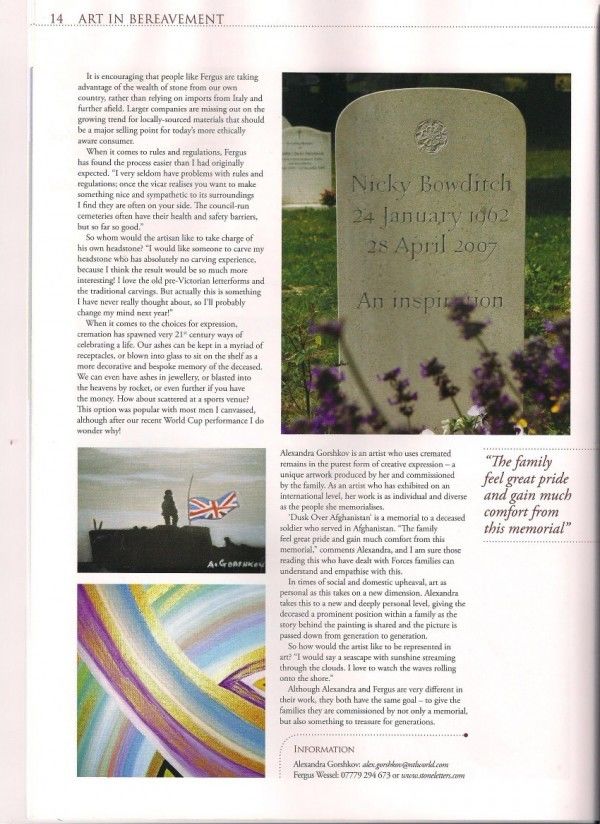