I was delighted to be interviewed by Ceri James for the Oxfordshire Preview last month, and extract from the article which appeared in the Winter 08/09 edition is included here.

Stonecutter Fergus Wessel fashions slate and stone into messages of tribute and celebration that reach far into the future. Ceri James went along to his garden workshop in Milton-under-Wychwood to meet him and find out more about his monumental craft.

Q:Being a stonecutter is a quite a rare occupation these days..where did your interest originally come from?

When I was a boy of three or four, I wanted to be a sculptor. My mother worked for a private press where I used to play with the type along with my tractor and trailer. Around the lunch tablet the talk was always about design. So though I didn’t exactly get into lettering at that age, it was always there in the background.

Q:What sort of projects do you work on now?

I do a lot of work on headstones and memorials. At the beginning, I said to myself “I don’t want to do headstones”, because I thought the work might be morbid. But, actually, you get to know the clients very well and you feel as if you’re really doing something important for them. It’s not morbid at all. It’s a real celebration of someone’s life.

I also do opening plaques, commemorative pieces and coats of arms. Last year it was all coats of arms, because everyone was doing so well in London!

Most of my work is commissioned. I only do more artistic pieces if I have an exhibition coming up- and even then I don’t expect to sell many because they are so personal.

h2. What types of stone do you use?

When it comes to headstones there is a lot more black polished Chinese marble coming in than there used to be. ( I do not use this) To have some local material is actually really nice. I don’t use a huge range, but I do try to use the best. I use slate (Welsh and Cumbrian) and Portland Limestone. I also use Hopton Wood Limestone which is from a little quarry in Matlock. It’s a type of stone that was used a lot by Henry Moore and Eric Gill. It’s really special to cut- like hard cheese. I tend to choose the stone to fit the inscription. Tiny lettering, for instance, wouldn’t work on a crumbly stone.

Q:What is it about lettering, in particular, that you love?

I suppose lettering is the ultimate masonry. It’s about knowing how the stone’s going to chip. With lettering, there’s no space for mistakes. Thankfully I have only ever had to start again once and that was a small piece! Also, we spell check again and again. The point is that when you first sketch an inscription onto stone, you’re not writing it but drawing it. It’s not a word anymore- it has become a shape. Spelling is the last thing on your mind!

Q:What quality do you think makes a good stone carver?

There’s an expression in the craft: “killing your darlings”. It’s used when you have sketched your words on perfectly but they’re a few millimetres off from where they are supposed to be. It is so frustrating, but you have to have the discipline to “kill your darlings”. It’s about trying to go that extra bit further, getting it just right.” 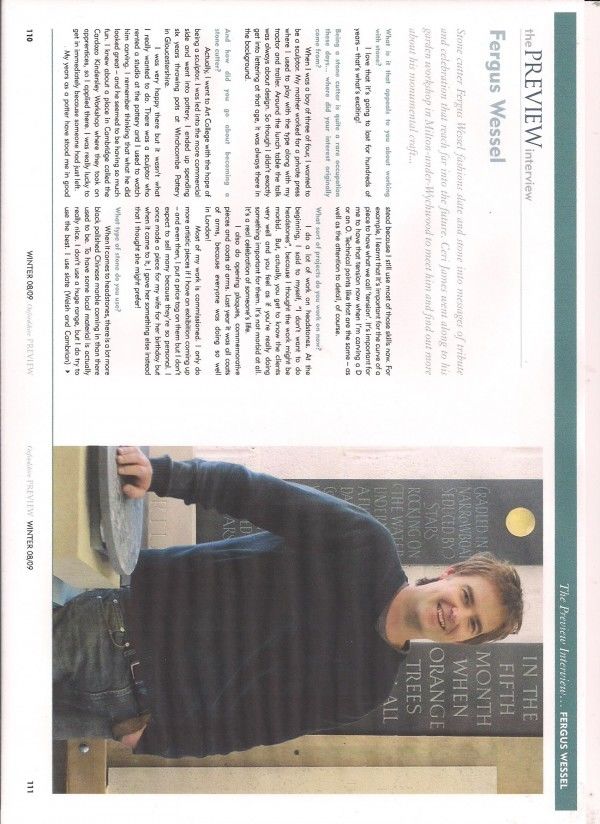 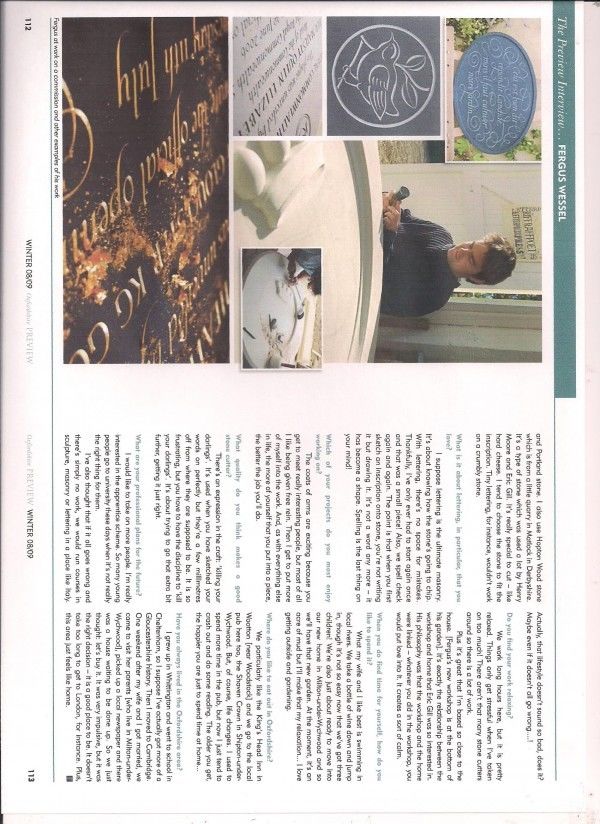